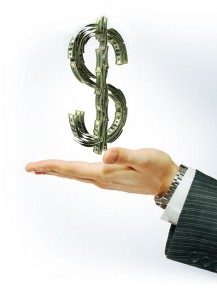 by Ryan W. Smith
Passive investing has delivered higher returns than actively managed funds for the last several years. It has been the subject of many headlines, providing significant consternation to industry professionals. The reasons for this are multi-faceted and there is really no one variable that can be determined to be the primary cause. Rather, it is the combination of several factors that has changed the landscape. One of the few questions remaining is whether this represents a permanent shift in the marketplace or if it’s only the side-effect of the variables at play.
Passive investing, the buying of a lightly-managed basket of securities such as index funds, involves very little interaction between advisors and investors. They have much lower fees and it is typically very easy to get in and out of positions. Because of the excellent run in indexes like the S&P 500, Russell 2000 and Dow Jones Industrials following their cratering during the financial crisis, these funds have produced some exceptional returns in the past 5-6 years. Even as the indexes have bounced within support and resistance ranges for most of the last 18 months, the markets overall have edged higher.
Active Management, the buying and selling of specific stocks, has had a very tough run in recent years, producing returns that have been, at best, on par with passively managed index funds since the financial crisis of 2007-9 receded. Because of significant research, market timing factors and the need for near-constant adjustments, funds that are actively managed have much higher fees with substantial variance on returns, depending on market conditions.
How has a buy, hold and walk-away strategy done better, on average, than a research-oriented, constantly-adjusted methodology overseen by trained professionals?
There are four factors at play that have seemingly upended the game:
1) Competition
Active financial managers have relied on Alpha for years as a way to show out-sized returns compared to the overall markets and their peers. Alpha, which is a word describing “above-average” returns, is the lifeblood of Active Management. Finding, acting on and subsequently reaping the benefits of individual assets whose current price isn’t reflective of current market conditions has been the purview of only a few for many years.
However, in recent years, there have been many very intelligent, very ambitious players who have entered the active management arena. With technology ubiquitous, these new players in the market are also able to take advantage of Alpha opportunities, narrowing the possible returns available to the rest of the market. Alpha opportunities do still exist, however, their windows are open for shorter periods with many more people trying to climb through the opening.
2) Information is increasingly instantaneous
In the by-gone days before the internet, those who were able to obtain information earliest were usually the biggest winners. Once the market-at-large learns information, it is usually far too late to act on it. The most successful active managers were the ones who learned market-moving information before everyone else. This rule still applies but the playing field is much more level today.
With the Internet, the time to act shortened significantly, but at first it was the message boards that showed the true power of information. In many instances during the tech bubble of the late 1990s, a post on a message board might note that company X seemed to have cars in its parking lot at all hours of the day and night, including weekends. That little nugget, in the right hands and acted on at the right time, could garner greatly out-sized returns for the select few who understood that information like this typically meant the company sales would outperform expectations. It was not an exact science, but there were many who managed to do quite well with this type of information.
As message boards gave way to social media, these nuggets became more widely dispersed. This reduced the amount of arbitrage, the available profits, and cut the amount of time available to take advantage of the information. Once any information is widely-dispersed, the market quickly adjusts and any benefit disappears.
3) Main Street and Wall Street are not in the same zip code
“Main Street,” the euphemism given to retail investors, appears to have given up on Wall Street money managers, to be blunt. In just the past 15 years, “Main Street” has seen the Dot-com Bubble, the Housing Bubble, the full-blown financial crisis of 2007-9, a stock market crash immediately following that crisis and nearly zero returns on any cash savings for nearly a decade.
With so many calamities befallen the average investor, it is no wonder that investments mimicking indexes saw massive inflows in recent years. For example, Vanguard, which started the first index fund accessible to individuals in 1975, says it saw a record $236 billion inflow to its funds in 2015. Overall, Morningstar, Inc. has said that $413.8 billion in inflows to index funds occurred in 2015, the second-highest amount ever, just under the $419 billion in inflows during 2014.
4) Insider Trading Enforcement
The Justice Department has stepped up enforcement of insider trading rules in recent years. In the post-Bernie Madoff world and, in the absence of convictions from the 2007-9 financial meltdown, the government felt they needed to make a noticeable change on enforcement and insider trading is an obvious low-hanging legal fruit.
Insider trading is high-profile and simple to prosecute due to the information flow of the paper or electronic trails of the related trades. It helps that the evidence, those information trails, is often ambiguous and open to interpretation. But it is the high odds of conviction that make it a desirable target for law enforcement.
Other theories about the growth of passive management and decline of active management include a failure by active managers to adequately adapt to the dovish Federal Reserve policy of negligible interest rates.
The rise of derivatives and other forms of math-driven investments are also possible variables in the equation. However you add it up, though, the rise in passive management appears to be a trend with significant staying power.