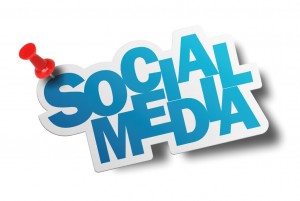 by Ryan W. Smith
As social media and interactive websites have proliferated in recent years, there are some advisors who have found unique ways to harness these forums and attract new clients. Many writers, celebrities, athletes and yes, politicians, have used their social media accounts as a demarcation point for their personal brand, or to market a new product. There are a plethora of examples of small businesses leveraging social media, especially social businesses like bars, dance clubs and restaurants, to increase sales, but what about client-relationship professionals like financial advisers, lawyers or doctors?
These professions, among others, are often discussed as referral-based businesses, at least in part, since many new clients to a specific professional will hear positive feedback from current clients while actively seeking a new provider for that profession or service.
If, for example, my neighbor down the street got a really nice haircut in a style similar to one I am interested in and I was dissatisfied with my current outcome, a referral from my neighbor might influence me to try his barber next time I need my mane tamed. If my friend’s co-worker had the same thing to say, I might not pay nearly as much attention, since I might not have seen a picture of the results, nor knew the person well enough to trust his judgment.
This is not necessarily the case with social media, where all comments and remarks are equal until otherwise denoted. This differentiation, in the form of likes, dislikes, hearts, retweets and shares can act as a global approval/disapproval machine in which those who take advantage can reap the rewards. Do users trust a post from their neighbor more than a post about the same subject by a stranger with 1,000 likes or retweets? The answer is somewhat unclear at this point in the lifecycle of social media, but one thing is certain: there are a lot of people using social media accounts.
Social media accounts have become somewhat ubiquitous, with Facebook reporting that it has approximately 1.23 billion active monthly users and well over 2 billion users in total. LinkedIn has 467 million users while Instagram has 100 million active users each month, about the same number of people who solely log into Facebook on their phones. Twitter reports 328 million active monthly users, with around 70 million of those in the U.S.
The sheer number of users means several things. First, that influential people will also use the platforms since it affords them the luxury of communicating with their clients and fans in greater simultaneous numbers, more directly and without a filter. Successful relationship business professionals have said that social media allows them to duplicate their work more easily, while also providing a method of gaining the attention of influential people in virtually any profession.
Second, attention to detail and consistent messaging is essential for building a “brand” or name-recognition on a social media platform. Many successful social media users, both famous in other arenas or those who became famous because of their social media use itself, are quite open about avoiding interns for social media posting. There is quite a lot of work involved in maintaining a social media presence. The need for consistently, and the drudgery of maintaining that consistency, while establishing a continuity in social media presence across multiple platforms at once means doing the work personally. Interns or assistants do not have a personal stake involved.
A good social media presence requires a strategy. Many successful social media users speak about “centers of influence,” those users who are trusted links, like a trusted neighbor, for thousands of other users. Marketing a presence towards those influential users is a common refrain for successful social media outreach.
Another aspect of a social media program has centered on utilizing the specific capabilities and strengths of each social media platform. Facebook, for instance, appears to provide an excellent way to maintain client relationships since it allows for personal interactions but also allows for group postings that can be specified for different client types. Proponents of this method speak highly of the ability to have current clients feel as though they are a part of the everyday flow of the business, thus assisting in creating a stronger relationship with the client even if that client has not been contacted directly.
LinkedIn, on the other hand, appears to be more of a platform for expanding reach, of finding and contacting new influential users and expanding reach on that platform, as well as the other social media platforms.
Twitter, however, seems to be used in a multitude of ways. Some will use a Tweetchat, with guest posters joining in, to provide expanded knowledge on a given subject. Others will use Twitter purely to get out market-related information. Still others, will use Twitter to begin conversations with new prospects, hoping that the interaction leads to additional conversations in more traditional methods like phone or in person.
No matter the approach, it has become crystal clear in recent years that social media is here to stay. While many in the news media center on the “darkness” found in posts, comments and threads and how every argument leads to “Godwin’s Law,” it is clear there is a usefulness to a robust social media program. Finding new clients, staying in contact with current ones, building relationships, reaching new influential users to help expand reach or just sharing a relevant observation are all positives that social media provides to those who can take advantage.
For financial advisors and other relationship-based professionals who wish expand their client lists and professional influence, it is an approach that can pay excellent dividends.