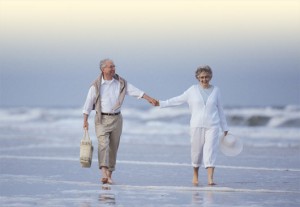 by Ryan W. Smith
Several recent surveys have shown that many Americans are underprepared and underfunded for retirement. For those in dire straits yet still wanting to add some travel to their lives, they might wonder if there are still places in the world where Americans can live off only their Social Security benefits. International Living’s 2016 Annual Global Retirement Index was released earlier this year, answering that question with a definitive yes.
Even as the U.S. dollar has weakened in recent months on the foreign exchange markets, the dollar is still the benchmark currency worldwide. Depending on the locale, this continues to mean that a Social Security check will go much further abroad than it would here at home. If typical living expenses in retirement are $3,000 in the States, what would a $1,500 lifestyle look like elsewhere?
International Living’s survey gives each locale a score based on economic metrics, like the cost of real estate and medical expenses, along with the real-life experiences of Americans living in that country. The publication also touts its network of editors and contributors worldwide as sources for this annual retirement index.
One thing the publication stresses is that they are looking for more than just places where Americans can live cheaply. They pride themselves on finding inexpensive places where people can have a life. If there are things that a retiree just can’t live without, the publication says to write those down and make sure their options include as many on the list as possible.
Transportation and medical care are other factors to consider long beforehand. If a retiree isn’t going to drive, finding a place with good public transportation is important. Or, if that person has chronic health issues, a metropolitan area with good healthcare should be high on their list of needs.
With all factors considered, if affordability is the primary goal, here are the top five places International Living says are worth taking a closer look at:
5) Guatemala
International Living gave a Cost of Living Score of 91 to Guatemala. The same “average” lifestyle that would cost $5,000 per month in the Midwest or $9,000 in New York or San Francisco would cost $1,500 in Guatemala. International Living stresses fresh produce and year-round warm weather as being big positives for Guatemala.
Property values are quite low as well. Large lots near the main river can cost about $7,000 while higher ground lots typically run between $30-40,000. Rents are also very reasonable, with a small one-bedroom metro apartment costing about $200 a month or $700 for a fully furnished colonial-style home.
4) Colombia
International Living gave a Cost of Living Score of 92 to Colombia. The cost of living an “average” lifestyle in Colombia ranges from $1,200 to $1,700 a month. Most expats told International Living that day-to-day living expenses were extremely low, compared to most American cities. For example, a month of groceries for two people will typically cost less than $100. For that same couple, eating lunch out might only cost $3-5 while a nice 3-course dinner would run about $10-20.
Rents are also very inexpensive in Colombia. Apartments with 1-2 bedrooms will typically cost between $430-800 a month. Land is also inexpensive, but the range varies greatly depending on locale.
3) Peru
International Living gives Peru a Cost of Living Score of 95. An “average” lifestyle for two people will run $1,000-1,200 a month. Many editors and contributors to the publication stated they felt Peru was the most affordable country in Central and South America.
Rents are extremely affordable in Peru, even in Lima. A 2-3 bedroom apartment, with a terrace, will cost about $335 a month with additional expenses like $10 for water, $25 for electricity and TV/internet for about $50 combined per month.
Like Colombia, groceries are very cost effective in Peru. Typical supermarket bills will be about $100 per month for a couple. Restaurants range between $5 and $15 per couple, but even exotic fare like sushi will cost in that same range, albeit near the top.
2) Nicaragua
Nicaragua received a Cost of Living Score of 98 from International Living. The “average” lifestyle will run right around $1,200 per month for a couple. Some expats noted that apartments within a short walk of the Pacific Ocean beaches might run only $400 a month. Restaurants, even fancy dining, will almost always run less than $10 per dish, many expats told the publication.
1) Cambodia
The only country outside Central and South America to make the list was at the top, Cambodia. With a Cost of Living Score at a perfect 100, International Living’s 2016 survey says this Southeast Asian country is the best spot in the world for retired Americans looking to get the most of out of their Social Security dollars.
Most couples will spend about $1,200 to $1,500 per month for an “average” lifestyle. Apartments range between $120 and $350 per month, even for nicer areas in Phnom Penh. Expats note that the average salary in the city is about $150-200 per month, meaning the typical Social Security check will go very far.
source: https://internationalliving.com/2016/01/the-best-places-to-retire-2016/