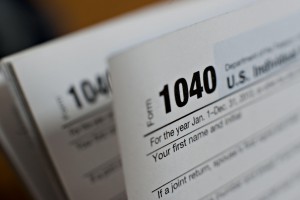 Back in September, the IRS released a proposal suggesting that the rules for charitable contributions should be updated (REG-138344-13). This change in policy called for rules allowing charities to directly report donor contributions to the agency, claiming it won’t implement an exception to the current “contemporaneous written acknowledgement” (CWA) requirement that makes it necessary for donors to substantiate contributions of $250 or larger. This caused a major outcry, claims of an overreach of power, and a flood of protestations to the IRS.
On January 7th, the agency withdrew its proposal, citing the enormous volume of public comments questioning the need for this information to be reported, especially the requirement for collection, storage and maintenance of donor Social Security numbers by non-profit organizations.
At this time, the Treasury Department and the IRS have abandoned the proposal, but that doesn’t mean the issue is fully resolved. The government has decided that this exception will remain unavailable unless and until final regulations have been issued to standardize the methods for donation reporting.
There are some reasons that this policy was concerning to citizens, with the primary concern regarding increased risks behind collecting private information while identity theft is a real threat with electronic or digitally stored information. This threat could have easily created a disincentive for people attempting to make charitable contributions, but are not comfortable with the risk associated to subjecting themselves to an increased risk of identity theft. Other risks and problems included creating more cost for nonprofits, public confusion about the proposed rule changes, as well as the disincentives involved, each of which might discourage donors from making charitable contributions to well established, worthy causes.
This proposal originally came about after a number of taxpayers, upon auditing for their claimed charitable contribution deductions, stated that their failure to obtain the required written letter from charity to substantiate their donation could have been avoided had the charity filed an amended Form 990. This form is the Return of Organization Exempt From Income Tax, which includes the donor’s contribution details.
Congress permitted the IRS to make an exception to the CWA. However, this was only available if the charity filed a form prescribed by regulations via the Treasury Department. The form in question, Form 990 mentioned above, isn’t suitable for this application so the IRS abandoned efforts to implement the exception.
For now, the contemporaneous written acknowledgement (CWA) will continue to be the only way to confirm charitable contributions. This form must be obtained by the donor before they file their tax return the year the contribution is made and must also state that there were not any goods or services exchanged for the charitable contribution.