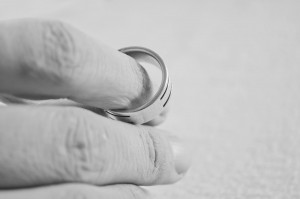 The cold, early months of the year are the peak period of divorce. While it might not be due to New Year’s resolutions being kept, the most surprising aspect of early-calendar year divorce is a definitive spike in divorcing couples who have been together more than 30 years, commonly referred to as a “gray divorce.” This can be a disturbing trend when looking at the numbers because, typically, there is a dependent spouse, traditionally the female, who may be left in the cold financially while nearing her retirement years.
It is unfortunately also common for one spouse, usually also the female, to be uninformed regarding marital finances or how divorce will impact their finances and future financial planning efforts. When clients are preparing to divorce in later years, it’s crucial that they are aware of several things to help better educate themselves and prepare for what the divorce will mean for their future. Changes to Social Security, estate planning documents, as well as retirement planning can be overwhelming to handle while also dealing with a divorce, but you can help keep your clients on track by making sure they are aware of the following:
1) Social Security and the ten year rule
One of the primary pieces of advice an advisor can give divorcing clients who are also dependent spouses is that they can still claim Social Security benefits, provided the marriage lasted at least ten years. For many heading towards retirement, this will be easy to determine but for others it’s not that simple. Do partial years count? What if the couple was remarried after an earlier divorce?
Partial years can count under these Social Security guidelines, but the marriage does need to be based on consecutive years. This prevents people who married for 9.5 years and then divorced from remarrying for at least six months to take advantage of this serious bump in income for dependent spouses.
2) Widower/Widow Social Security Rules
If clients qualify for the ten-year rule, there are other options in their retirement that they can explore. If their former spouse passes away, this can potentially change their status in the Social Security program, entitling them to their former spouse’s benefits. If they qualify as a “surviving divorced spouse,” they are entitled to the same benefit as a typical widow/widower: 100% of the amount that their former spouse received at the time of his or her death.
But there is a catch: the financially dependent client must have been married for ten years, consecutively. Even if the client falls a week shy of this, which unfortunately happens, he or she is not entitled to any of the benefits that their former spouse was receiving.
If, however, both are still alive, the dependent spouse could be eligible for divorced spouse Social Security benefits, which are 50% of what the ex-spouse would receive at full retirement age.
3) Alimony is common after long-term marriages
Younger couples can agree on temporary alimony to provide some financial support while the lower-earning spouse gets back on stable financial footing, but this is not typically the case for those couples ending a long-term marriage. Depending on the state that a client resides in, it could mean support for life. States like New York commonly rule this way.
There are no set guidelines for alimony, and payments can vary widely by state, but it’s not uncommon for senior couples to deal with alimony considerations during divorce proceedings. If there is a spouse still working, a client should expect an alimony agreement to play some part while divorcing.
4) Retirement Accounts Are Split 50/50
No matter who asked for the split or the root cause for the divorce, even if it was mutually agreed upon, retirement funds and any other assets will most likely be split evenly. A comfortable retirement for two doesn’t look like much when it’s split down the middle, supporting two different residences.
Be aware of divorcing spouses who offer extra portions of their pension to avoid alimony agreements or payments, it may not be in the client’s best interest to take a deal that trades tax-favored investments for income that could potentially be taxed.
When considering the ramifications of a “Gray Divorce” on finances for financially-dependent spouses, it is important to consider the impact to Social Security benefits, alimony agreements and retirement accounts. Other assets, along with any debt, will surely be impacted as part of a divorce agreement and will need to be considered during the proceedings as well. Prudent long-term planning will help resolve future concerns while hopefully providing some level of comfort for these vulnerable spouses, both financially and emotionally, during an otherwise difficult period.