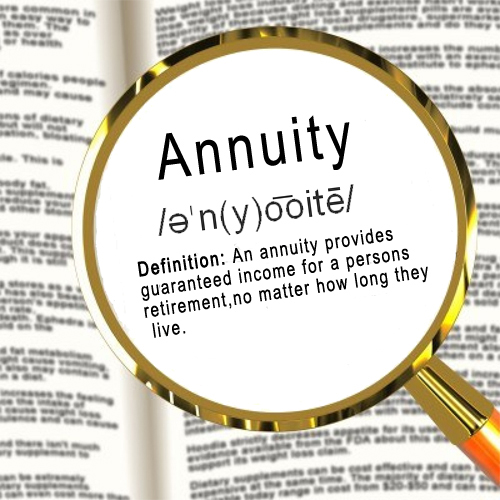 by Ryan W. Smith
The annuity industry is undergoing massive changes. While many changes were already beginning to appear, once the Department of Labor announced its final Fiduciary Rule in the spring of 2016 reforms quickly accelerated.
When the new Fiduciary Rule goes into full effect in April 2017, if the incoming President and the unified Congress do not block its implementation, all annuities (fixed, variable and indexed) will be governed by the Best Interest Contract Exemption (BICE), not just variable annuities as many in the industry originally thought. The BICE, in general terms, stipulates that because commissions can vary by product, an exemption needs to be presented to and signed by the client acknowledging approval of those differing commission structures.
Since 1977, annuities have been regulated by the ERISA exemption PTE 84-24, which allows insurance agents, brokers and other non-registered advisor financial personnel to sell those assets while not being bound by the multiple-level definition for a fiduciary. The exemption did require a “best interest standard” for all IRA recommendations but didn’t require any client signatures or contract like the BICE. Along with fewer disclosures, the exemption allows non-registered personnel to follow the suitability standard. For more on the Fiduciary Rule itself and the difference between the fiduciary and suitability standards, please see Part I of our comprehensive series on the Fiduciary Rule, found here: http://blog.advisoryworld.com/?p=637.
From the initial discussions about the Fiduciary Rule in 2010 until the final revised rule was released in April 2016, many in the industry expected that fixed annuities at least would not be part of any change and that the PTE 84-24 exemption would stand. Many did expect variable annuities to be included in the DOL rule, but the surprise at fixed annuities also being included led many to wonder if annuities could be sold at all under the new regulations.
It appears these worries were overwrought, but not without merit. LIMRA, the Life Insurance and Market Research Association, reported that in the first quarter of 2016 that variable annuity sales were $26.6 billion, down 18% over the same period in 2015. Estimates for the remainder of 2016 anticipated another 10-15% overall drop with some forecasts project an additional 25-30% decline for 2017.
However, sales of indexed annuities were up 35% in the first quarter of 2016 versus 2015 surprising many in the industry. Indexed annuities are a combination of fixed and variable annuities where returns are calculated based off an equity index. They provide a fixed rate of return with lower risk like a fixed annuity, but there is a potential upside, like a variable product, if the equity index outperforms. In essence, indexed annuities provide a higher return than standard fixed annuities, but have less risk than a variable annuity.
One downside is that the additional payout on an indexed product will most likely not equal the actual rise of the index the annuity is tied to. Some products will cap the upside, nearly all exclude dividends and many have surrender charges as high as 20% that might not phase completely out for 15 years, sometimes even longer.
Indexed annuities appear to be increasing in market share in the annuity world, while variable annuities have shrank. Some in the industry believe these two factors are related but there are other dynamics at play. For example, while many point to the Fiduciary Rule as a primary reason for the decline in variable annuity sales, it is important to note that variable annuity sales have been in a steady decline since 2011. These declines make sense on a macro level because the annuity industry’s response to the 2007-2009 financial crisis was to scale back on any generous benefit feature found in a variable annuity.
One other thing that the annuity industry did during and following the financial crisis that appears to be impacting variable annuity returns and participation currently were the measures taken to reduce exposure to benefit payouts that leaders felt were too high. Among these measures were buyouts, denying any additional deposits and reducing investment options. These developments, some in the industry argue, are what has caused the decline in variable annuity sales. The Fiduciary Rule has just provided an additional reason, they argue.
Changes are occurring in the world of annuities. Some are due to the new Fiduciary Rule and some are merely building on trends present since the Great Recession. Regardless of origin, however, these changes are sure to continue.