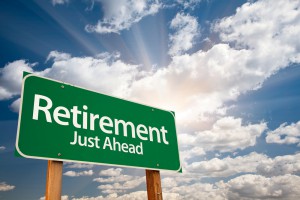 by Ryan W. Smith
Retirement savings have always been a long term goal for most Americans. Studies and experts have continuously said that saving earlier is necessary to meet the retirement goals most people have. These same studies often say that without saving early, retirement will not be as rosy an experience as many would like it to be. The research is been clear, but a global study by HSBC shows that the problem is not just in the United States, but a generational shift world-wide: saving early alone is not an indication of a successful retirement strategy. It does help, however.
HSBC interviewed over 18,000 people from 17 countries, with more than 1,000 Americans included, as part of their global retirement report. Their findings show that while current retirees, globally, started saving for retirement at age 31, those who have yet to retire began saving at age 29 and plan on working an additional five years compared to their already-retired counterparts. This additional seven years of savings might still not be enough, according to the researchers.
Saving early might not be enough to ensure a comfortable retirement, and continuing to save during difficult financial times is just as important as when a person begins saving for retirement. According to the report, 14% of those not-yet-retired haven’t started saving for retirement, with a whopping 12% in their 50s. For those who have started saving for retirement, over one-third, 35%, have needed to stop saving or have had trouble meeting their savings goals. It is these “lost years” of savings that can destroy a successful retirement savings strategy, the researchers noted.
One of the difficulties to maintaining a savings plan, the researchers note, is that over half of respondents in their 60s said they are still supporting other people financially. Shockingly, that percentage actually rises for those in their 70s, with nearly two-thirds, 64%, saying they actively support other people on a daily, weekly, monthly basis.
Supporting others is not the only way retirement savers run into trouble, the report notes. While only 20% of respondents said they expected to still be paying off credit cards when they retire and only 5% said they expected to still be paying off other loans, 40% of those respondents not yet retired are still currently paying off credit cards. Another 12% are currently paying off other debt as well.
There are other ways that reality has interfered with retirement savings. For respondents in their 60s, well over half, 61%, are still actively borrowing new money, taking on new debt payments that further sap their ability to save for their golden years. Over two-thirds of those in their 50s are taking on new debt, the report notes.
Cash savings and for Americans, Social Security benefits, comprise the vast majority of retirement savings for respondents, with only 13% saying they would use pensions to help fund their retirement.
This reality does come with some regrets. Just over one-third, 35%, of those asked said they wished they’d started saving earlier, with 31% saying they had hoped to save a larger portion of their income. Just over one-third, 34%, said they wouldn’t change a thing.
Oddly, a slightly higher percentage of respondents, 36%, expected that wages would help fund their retirement, meaning they wanted to continue working after they retired. This compares unfavorably to the 14% of current retirees who told the researchers they needed to work to fund their retirement.
While some of the results of this survey seem contradictory, or even fantasy, when people talk of their savings plans and what side-tracked them yet still cling to an idea that they will be able successfully retire, there is a large swath of possibilities for financial advisors. Over two-thirds of respondents said they wanted to save earlier or save more, over half still take on new debt into their 60s and a significant number still help others financially well into their 70s, meaning that financial advisors can play a key role in helping these people meet their goals.
For example, only 22% of respondents said they received advice, in any form, on retirement. That means that over 3/4 of respondents never spoke with family, a government agency or a financial advisor about their retirement savings and goals. For those who did speak with someone, 58% of those not yet retired and 50% of those already retired, only 20% and 11%, respectively, said they only spoke with family and friends about retirement goals and savings.
The rest of the advice they received came from professionals, financial advisors, government agencies, accountants or insurance brokers, with 54% of those not yet retired and 42% of retirees saying they had spoken to a professional about retirement.
These responses mean there is a large swath of retirees and those not retired but saving for it who could use the expertise of a financial advisor to assist them. Those experts, in turn, could easily show the different “paths” a saver could take by utilizing analytic tools like AdvisoryWorld’s SCANalytics application.
For example, one of the key things that most non-professionals do not understand is the power of compounding. This concept alone, when properly explained, should both excite and terrify those saving for retirement. Those who pause their savings, or reduce their savings amounts, can easily be shown how detrimentally their golden years will be impacted by the reduced inflows.
Those savers who assist others can be shown how to better manage their remaining assets so that their assistance of others does little to no damage to their own status. Those who continue to take on new debt into their 60s can, with proper analytical analysis, learn ways to make better use of their current incomes to avoid new debt payments which sap the ability to save.