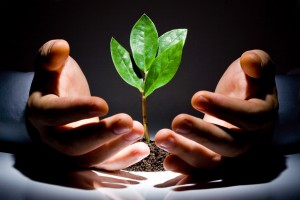 by Ryan W. Smith
Nearly all successful relationships are built on trust and time. It takes time to establish trust but once proven, trust becomes bedrock in a lasting relationship. A client-based relationship, like the one between financial advisor and investor, is no different. In a report published by State Street Global Advisors and Knowledge @Wharton, part of the Wharton School at the University of Pennsylvania, the advisor-investor relationship was looked at closely.
This is the third and final segment in a series about successful investor-advisor relationships, looking at State Street and @ Wharton’s report along with other relevant information to examine the many aspects of building and maintaining client relationships as the foundation of a successful financial advisory practice.
Establishing trust is a difficult, often extended process in investor-advisor relationships that must develop slowly over time to be most effective. However, damaging that trust can be very quick, almost instantaneous in many cases, and is often permanent. While poor investment performance might seem like the most regularly cited reason an investor might lose confidence in an advisor, it is often professionalism and customer service among the advisor’s support staff that is the culprit.
State Street and @Wharton’s research report on successful investor-advisor relationships showed that only about 15-20% of an investor’s contact with their advisor is actually with the advisor herself. The rest of the time the investor is speaking with an assistant or back office personnel who can have an extremely large impact on how the investor perceives the advisor’s brand.
Once trust is established between the investor and advisor and the relationship is established, research showed that it often takes about six months to a year for a full picture of the advisor’s operation to emerge. This image of the advisor’s business persona, or brand, can be significantly damaged if the investor has multiple interactions with support personnel which are inconsistent with the image presented by the advisor.
Another critical area where an investor-advisor relationship can sustain severe damage is regarding fees. State Street and @Wharton’s extended surveys with investors appeared to show a strong link between fees and negative advisor ratings. However, it was not high fees that seemed to have the strongest adverse reaction but rather the methodology and frequency in how the advisor presented the information and the role of fees in the relationship itself.
Surveys sent to advisors by the report’s researchers showed that 41% of advisors felt that cost was their clients’ least important concern and only 3% felt they were delivering a poor overall client experience for the cost. However, 31% of investors responded that cost was in their top-2 factors regarding their advisors and 37% of respondents felt they were receiving sub-par value for the services provided.
The report states that the data showed that many advisors had difficulty discussing fees and that many advisors stated that once fees were discussed they felt they didn’t need to be mentioned again. As previously cited earlier in this series, survey results showed 95% of advisors said they discussed fees at some point with their clients but only 61% of clients said their advisors brought up the subject at all. Additionally, the report showed that over a third of clients (34%) only talked about fees with their advisors when they brought up the topic themselves, but only 16% of advisors said clients would bring up fees.
When fees are discussed, the report showed that clients are often left uncertain about the methodology, structure and amount of the fees they paying. The researchers went to great lengths to make sure it is well-known that investors typically view their advisors as being objective and working to their benefit.
However, the authors are also very clear to say that all categories of investors in their surveys, including ultra-high net-worth investors, felt that their advisors were not being transparent enough with their fees. A common complaint was that the way fees were presented and discussed by advisors made it difficult to compare fees charged by different firms. This lack of comparability, several investors told the researchers, is the beginning of trust erosion.
When a lack of transparency regarding fees begins to erode trust in an investor-advisor relationship, other cracks in the foundation will often soon appear. Surveys sent by the researchers showed that 65% of advisors felt their clients were very or extremely satisfied with their service. However, only 31% of clients said they were very or extremely satisfied.
This disconnect has several components, according to the report. One is the frequency and method of communication from their advisor. Clients prefer consistent, but not frequent updates on their accounts. Nearly half of the investors surveyed, 49%, wanted an update from their advisor on a quarterly basis with another 38% wanting updates on a monthly basis. Advisors on the other hand, preferred monthly communication over quarterly by a 51% to 35% margin.
Another disconnect was the method of communication. While 57% of advisors preferred face-to-face meetings with investors, only 34% of investors felt the same. A plurality of investors, 41%, wanted an email, while another 26% preferred a phone call update. A fifth of advisors preferred email or phone updates for their clients, 22% and 18%, respectively.
Finally, the disconnect that the researchers said most clients felt most strongly about, to the point where the report shows it bolded, italicized and in different color text that the rest of the report, was that 70% of investors said they had never been asked by their advisor how to improve their relationship or level of service.
This disconnect between how clients felt about services received versus how advisors felt about services rendered, the researchers believe, speaks volumes about the future of investor-advisor relationships and explains, in part, why index funds, ETFs and robo-advisors have risen in popularity in recent years. Part of the value proposition that advisors can bring to the table, according to the report’s analysis is that successful advisors let their clients know that they are paying attention to them and that they care about their success.
Source:
http://d1c25a6gwz7q5e.cloudfront.net/papers/download/ssga_advisor_trust_Report.pdf