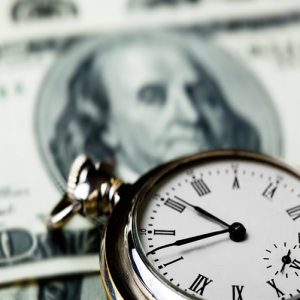 by Ryan W. Smith
Two recent studies have put numbers to the broad assumption that too much student loan debt hurts retirement savings. This assumption turns out to be true, but the numbers were actually encouraging, some say.
In one study, a private company, HelloWallet, interviewed approximately 1,300 student debt holders. Their results showed that 17 cents of retirement savings were reduced per dollar of student loan debt repayment. The other study, based on the Federal Reserve’s Survey of Consumer Finances, covers a much broader swatch of the population and showed that student debt repayment reduced retirement savings by 35%. Many analysts felt the results would be much worse.
Analysts who looked at both reports pointed to an example in the Federal Reserve’s research as a clear instance of a real-world issue to note. A 25-year-old employee earning $50,000 a year has student loan debt of $20,000 and a 401(k) with employer matching up to 5%. If she were only able utilize half of the employer match because extra student loan payments were reducing the amount she could set aside, she would have approximately $340,000 less saved for retirement by the time she reached 65.
For many in the industry, the employer-match and the interest rate on student debt are the two keys that determine where student loan repayment or retirement savings should take precedence. There was near-unanimous agreement that any amount of employer-match for 401(k) savings should be the utmost priority. This is free money after all, effectively a small raise for the employee. Additionally, any money invested in any tax-deferred retirement accounts will reduce income tax payments. That helps the individual both today and in the future.
Student loan interest rates are also important to note. Any interest rate lower than 5% is one barely keeping pace with historical inflation. Unless the interest rate is over 7%, there is no real long-term detriment to the interest payments since interest is tax deductible for anyone with an adjusted gross income of less than $80,000.
However, for any student loan debt with interest over 7%, many analysts agreed that they should be treated similarly to a credit card: pay as much as possible unless the payment should be directed elsewhere for the most long-term benefit, say for example, retirement savings.
One newer aspect of student loan repayment that many do not consider are income-based payment plans, which cap loan repayments on student loans at 10% of discretionary income. These plans are only available for federally-funded loans, however. Many analysts agreed that these programs greatly assisted those who used this repayment plan to divert additional money to retirement savings.
Retirement is increasingly difficult to save for and student loans cannot be discharged through bankruptcy, adding to the level of difficulty. An increasing interest rate environment will make it more difficult to pay-down student debt, but could be a real benefit for retirement savings. As more and more of the population takes out higher student loan amounts, everyone must ask the question about which is more important, retirement savings or student loan repayment? The real issue appears to be interest rates.
Is the interest you earn on your retirement greater than the interest you pay on your student loans?