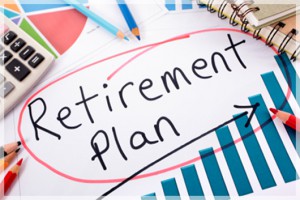 by Ryan W. Smith
Successful retirement planning is a long-term committed aspiration and many Americans are having trouble meeting their retirement goals. The big reason so many are having difficulties saving for retirement is due to misconceptions, misinformation and myths, according to a Fidelity Investments retirement planning survey released in early 2017.
This survey was conducted by ORC International in late 2016 in two main groups. The first group, a sample of 1,007 respondents aged 55 to 65 who have not yet retired and a demographically representative same of 1,047 adults, 512 men and 535 women, aged 18 and older. The survey was broken down into eight questions.
Respondents were first asked about what their investment advisors would suggest they needed to save by the time they retire. The correct answer to this question is at least 10 times an individual’s final full year income. The report’s authors openly admitted that many professional is somewhat disagree with an exact amount, but 74% of respondents underestimated how much was needed to retire.
The most alarming response, the authors said, was that 25% of those surveyed felt that only two or three times their final salary was necessary for successful retirement planning. Even among 55 to 65 year olds, 19% said that only two or three times their final income was necessary for retirement.
The second question the researchers asked was about positive annual returns for the stock market. Specifically, how many years out of the last 35 was there a positive market return for the year? Only 8% of those asked gave the correct answer of 30 overall, while those between 55 and 65 were correct 14% of the time.
The average annual return in those 35 years was around 7%, according to the researchers, with the authors making the point that with consistent, positive returns, any retirement savings outside the markets is losing money because of inflation.
Next, the researchers asked people if they were able to save $50 each month for retirement for 25 years, at the same rate of return as the stock market average of 7%, how much would they have been able to save? The correct answer is about $40,000. Sixteen percent were able to answer this question correct, but nearly half, 47%, underestimated the amount.
Over a quarter of respondents, 27%, said the answer would be about $15,000, which represents a 0% stock market return. The researchers were especially concerned by this response because it represents a fundamental misunderstanding of the power of compound interest over time.
Fidelity also wanted to know how many years people thought they would need their retirement savings to last if they retired at age 65. The correct answer is 22 years, since life expectancy is 87 years in the U.S.; 85 years for men and 87 for women. One-third of respondents answered correctly. Another 38 percent, however, said they would only need about 12-17 years of savings after retirement, opening the possibility of people outliving their retirement accounts.
The report’s authors were also concerned by this response as well, since more and more people are actually living into their 90s, which would require about 30 years of retirement savings.
One question that many appeared to understand was the average Social Security benefit paid in 2016. Half of those respondents between 55 and 65 answered correctly, $1,300, while 43% of the 18 and over respondents answered correctly. The researchers did make sure to note that there are over 75 ways to claim Social Security and that the $1,300 amount is only an average.
However, another question that gave the researchers pause was about the percentage of retirement savings that advisors suggest withdrawing annually. The correct answer is no more than 4-5% of the initial retirement assets, i.e. the amount in savings at the time of retirement. People aged 55 to 65 answered correctly 42% of the time, but 38% of that same group said that 7% or more could be withdrawn in a given year.
Another 15% said that 10-12% could be withdrawn on an annual basis. The report’s authors were concerned that many respondents would run out of retirement savings within a decade at these rates of withdrawal. They suggest covering essential expenses with guaranteed income sources like pensions, annuities or Social Securities and using the 4-5% withdrawals for travel, gifts and other “nice to have” items.
The penultimate question in the survey dealt with the single biggest expense for most retirees. The correct answer is housing, with transportation and healthcare close behind. One in six answered correctly, 17%, while 13 percent of those 55 to 65 were correct. Nearly three-quarters, 69%, said that healthcare would be their largest expense in retirement and 63% were most worried about not being able to afford their healthcare during retirement. Many forgot, the researchers said, that housing can be nearly one-half of their monthly incomes in retirement.
Related to the main response for the previous question, the final question asked respondents how much a couple who retired at age 65 would spend, out-of-pocket, on healthcare during their retirement. The correct answer is about $260,000. Only 15% of respondents answered correctly, with 72% underestimating the amount. Overall, 22% of all respondents and 19% of the 55 to 65 age group underestimated retirement healthcare costs by at least $200,000.
All eight questions, the researchers said, provided cause for concern. Most people, even those close to retirement, have underestimated both the costs of their retirement and the amount of money necessary to successfully retire.
Financial planning tools, like AdvisoryWorld’s SCANalytics and Advisor Proposal Generator, can greatly assist advisors in both educating their clients about saving for retirement while also helping investors reduce their retirement account deficits. It is possible that many Americans will outlive their savings, a serious issue whose full ramifications, the researchers fear, will not be fully understood for many years.