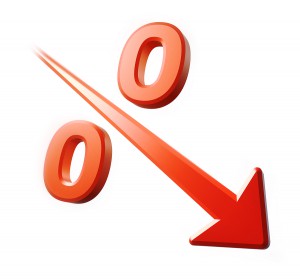 by Ryan W. Smith
In March 2016, the Federal Reserve asked big banks to begin looking at the potential impact negative interest rates would have for stress tests. While this practice of paying money to a bank to hold money is very new, it has already been implemented in certain areas of the world, namely Japan and Europe. The concept, however, is still so new that unintended consequences are only now being uncovered.
This is the second of a three-part series exploring Negative Interest Rates and their potential impact.
Many analysts have worried openly about the possible impact of a negative interest rate environment in the United States. Results of the continuing live experiment in negative interest rates have been mixed around the world, with smaller central banks achieving some positive outcomes while larger central banks like the ECB and Bank of Japan have had less positive outcomes. These outcomes have caused much consternation in the U.S. What happens if the largest global economy has to implement negative interest rates? The truth is that no one, including the Federal Reserve, knows the answer.
For years, Fed members have been speaking in near-unison about rate hikes and a growing economy. Their rate hike from a 0% rate in December 2015 was the first hike of any kind in nearly a decade, with members of the Fed talking en masse about four additional hikes in 2016. After deciding not to raise rates at their recent June meeting, many Fed members have reduced their expectations to one rate hike in 2016 while simultaneously saying it is just as likely there will be no additional hikes this year.
Central banks increasing interest rates is usually a signal for a strengthening economy since higher rates have been historically shown to reduce loans and pump the brakes on a heated economic period, hopefully elongating the good times. However, most on Wall Street felt angst at the beginning of the Federal Reserve’s rate hike policy. Many felt that the first rise should have been announced at the Fed’s September 2015 meeting.
If the economy is doing better, i.e. achieving more consistent and sustainable growth, then why wait to hike? Analysts are especially concerned since early all studies regarding the implementation of Fed policy show that it takes 6-9 months for the impact of a rate hike to show in the general economy.
It is easy to see why the Federal Reserve is cautious, however. Unemployment has been decreasing steadily, but slowly, since 2009, with new job growth continuing and the unemployment rate remaining steady near 5.0%. The unemployment rate dipped to 4.7% in May, but the rate has remained between 4.9-5.1%* since August 2015 for the most part. For both June and July the unemployment rate was 4.9%. In addition, the key Workforce Participation metric has risen from a four decade low of 62.4% in October 2015 but has been 62.7-63.0 for all of 2016**. July’s reading was 62.8%.
The recent rise in the Workforce Participation metric has accounted for the most recent increase in the unemployment rate. Jobs are being created but more people are entering the workforce than are finding these newly created jobs. Overall, these employment numbers can be construed as positive signs for the economy as a whole, variables that underpin a healthy, albeit slowly, growing economy.
A five percent unemployment rate has historically been within the range considered to be full employment, which is generally understood to be between 4 and 5 percent. It is important to note that 10,000 Baby Boomers a day are retiring and leaving the workforce, which does have an impact on both unemployment rate and the Workforce Participation metric.
A stable U.S. dollar (USD) has been mentioned as a positive as well, with exports at record levels. The USD has been between 1.05 and 1.14 Euros for over a year and between 101-111 Yen since mid-2014. Currently exchanges are at the higher end of those levels, i.e. an expensive dollar, causing worry in the markets that stability might disappear as the world economy has a negative impact on U.S. growth.
These concerns are especially prudent if U.S. growth disappears or a recession begins, and they would be exacerbated if negative interest rates are introduced in the U.S. as a response to a recession or disappearance of growth.
Despite unemployment back inside a historically good range for eight months and a cheaper U.S. dollar for a few months longer, the Federal Reserve did not follow through with its four-hikes in 2016 pledge. Thus far, through five 2016 meetings (January, March, April, June and July) there have been no additional hikes and many board members who previously said there would only be two hikes, maximum, are now saying there might only one and that is not a given. Many analysts believe will be no more rate hikes until 2017 at the earliest.
Counter-balancing good unemployment and currency numbers are corporate profitability, stock index stagnation, the wide variance between economic plans of the two political parties during a Presidential campaign, worldwide currency issues along with the negative interest rates and stagnation in Japan and Europe.
Many worry that these counter-balances easily tilt the see-saw in favor of recession in the United States, which they fear will eventually lead to the introduction of negative interest rates in what is still the world’s largest economy.
* source: http://data.bls.gov/timeseries/LNS14000000
**source: http://data.bls.gov/timeseries/LNS11300000