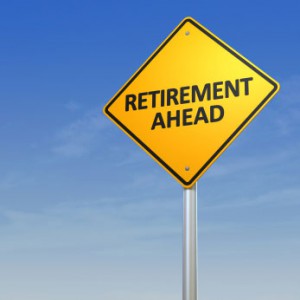 by Ryan W. Smith
The United States is aging more rapidly than at any other time in its history, increasingly faster than the planners of Social Security, Medicare and Medicaid ever envisioned. At its inception in 1935, the Social Security program was meant to assist recipients with payments for only a few years. With a life expectancy of 62 at that time, the 65 age requirement for program benefits was designed to be solvent in perpetuity.
However in 2016 and for the next 15 years, almost 10,000 people will turn 65 every day, many more than the program’s original design intended. In 1935, there were roughly 42 workers paying into Social Security per beneficiary. Today, that number has dwindled to just over 3 workers per Social Security recipient, with life expectancy increasing to roughly 79 years during that same period.
We are in uncharted waters, many analysts say, and it is difficult to determine the true solvency of America’s retirement programs. According to the Congressional Budget Office, 42% of the federal budget is currently spent on Medicare and Social Security. That number increases to 50% by 2030.
There are at least four issues critical to making sure these programs can meet the needs of future generations.
1) Redefine the definition of “old”
The U.S. Census Bureau says that people aged 65 and over are the fastest growing segment of the population. Their numbers will jump from 46 million in 2015 to about 88 million in 2050.
Many experts believe that 65 is no longer a proper marker for senior status, most believe that even 67 is not enough and the most retirement benefits should be pegged to age 70, or even later, before payments can be received.
2) Diseases impacting mostly seniors could lead to financial ruin for many
Many medical professionals lament that while we have increased the average life expectancy, we have not worked hard enough as a country to make sure those additional years are healthy ones. Increased longevity has caused diseases such as heart disease, cancer, stroke, diabetes and Alzheimer’s, which disproportionately impact seniors, to have a much greater impact on the lives that older Americans are able to lead in their golden years. This trend will only continue to grow.
The Alzheimer’s Association states that one in two people over 85 are now afflicted with Alzheimer’s or a related form of dementia. More than 5 million people suffer from these diseases today, a number expected to rise to 15 million by 2050. Cumulative costs over that 35 year period are expected to be about $20 trillion, more than the current yearly GDP of the country as a whole.
3) Avoiding a new era of elderly poverty
Americans are not saving adequately for their retirement. According to the Government Accountability Office, 52% of all households headed by someone 55 or over have no retirement savings. Over half, 51%, of the U.S. population have no retirement savings beyond Social Security.
Moreover, Americans on the whole only save 5% of their disposable income each year. That is one-half the savings rate only a generation ago. Some analysts fear that impoverished aging Baby Boomers will place a crushing burden on the U.S. economy and the young generations forced to care for them. This will have a domino effect that prevents the younger generations from adequately saving for their own retirements.
4) Financial education should be universal
Many in the industry despair that only 17 states have any stipulation that high schoolers receive basic financial education as part of their diploma requirements. Basic financial competence at a young age will help future generations learn to spend within their means, the importance of saving and how to manage finances as they grow into adulthood.
America is at a crossroads regarding its aging population. Solvency of the retirement safety net is in question, more people than ever before are retiring on a daily basis. Diseases impacting quality of life for seniors are increasing and very few people have the knowledge to understand the financial implications of this situation. It will be possible to balance an aging America with the new technological society that is falling into place, but it will be a difficult row to hoe. Yet, it is not impossible.