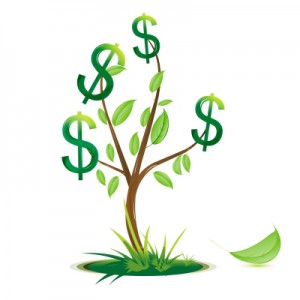 by Ryan W. Smith
Accumulation of wealth is an American pastime for many families, one of America’s great accomplishments in world history. In the richest nation in the history of the world, the vast majority of families who have struck gold, so to speak, lose it all within the span of only a few generations. Odd as it may seem, this is not uncommon. The first generations builds the wealth, the second generation expands the wealth then the third generation spends the wealth and has to begin again.
Historically, this process of pauper-to-prince-to-pauper has been referred to as going “Shirtsleeves to Shirtsleeves,” a term first used in the late-16th century and popularized in the 1800s. Many cultures around the world have used similar expressions for an equally long time with the best being from Japan, “Rice paddies to rice paddies in three generations,” and from Scotland, “The father buys, the son builds, the grandchild sells and his son begs.” In the Netherlands, its use of the phrase “Clogs to Clogs” takes honorable mention.
Nearly every study ever conducted on this topic, no matter the culture, no matter the timeperiod, has shown the same thing: 90% of all wealthy families lose their wealth within three generations.
Nine out of 10. For several centuries at least and still ongoing.
Recently, studies by the Williams Group have shown that 70% of wealthy families lose their wealth in two generations. Salt in the wound to many formerly wealthy families. For the remaining wealthy families who do find ways to keep their wealth intact, studies have found some interesting reasons behind it.
1) Kill the Culture of Entitlement
This seems simple but this concept of being entitled simply because of wealth is not a uniquely American occurrence. If the overall culture has a whiff of entitlement, this can easily seep into wealthy families, not only encouraging Shirtsleeves-to-Shirtsleeves, but almost guaranteeing it.
2) Listen to Your Elders
Those families who respect their elders above nearly everything else have the best chance to maintain family wealth. These senior members take responsibility for, and often set, the tone for what happens in the family on a day-to-day, week-by-week basis. Their historical memories and experiences can best help others in the family remember what makes their family unique.
3) Expectations of Excellence
This simple concept is one that many families simply don’t enforce or keep tabs on, but expecting younger members of the family to excel in whatever they choose is one of the keys to keeping wealth in the family. While their initial fortune might be made in a single industry, this expectation of excellence can lead to other branches of the family tree utilizing their resources, and their excellence, to create new wealth in completely different fields. The Gettys and the Rothschilds are two of the more famous examples of this concept in action.

John Paul Getty was one of America’s most famous and successful entrepreneurs, building most of his wealth in the oil business. His grandson, Mark Getty, co-founded the very successful Getty Images, making use of his grandfather’s wealth and legacy in a completely different field.
The Rothschilds have remained a wealthy, nearly universally-known, family for hundreds of years, with many family members branching off and creating new businesses in many different industries, all from their initial fortune made in the banking business by Mayer Amschel Rothschild in the mid-1700s. Mayer bequeathed his wealth to his five sons who built the continuing thriving empire that many of us have vaguely heard about today.
4) In with the Young, Still in with the Old
Wealthy families who have maintained their wealth past the third generation have been typically shown to regularly set aside time, usually in a family reunion-type setting, for all generations of the family to meet, mentor, share and educate the younger members of the family. This maintains family traditions and cultures, while also providing a common, repeatable setting to help enforce the other items on this list.
5) No Auto-Enrollment
Wealthy families who have successfully maintained their wealth typically do not allow members to join the family business automatically. The family’s culture and practice have created rules that must be followed and shown to be self-enforced before anyone can join the family business.
Typically wealth, especially sudden wealth, will exacerbate existing family issues and disrupt its equilibrium. But not all equilibriums in a family provide balance. New wealth can be spent astonishing quickly with many hangers-on trying to climb the ladder and pulling everyone else down as they try to move up, while old wealth, even wealth maintained successfully over generations, can find itself isolated and afraid of being exploited or used because of that wealth.
Financial advisors working with wealthy families certainly have their work cut out for them. Learning how to communicate with wealthy families, specifically the decision-makers in those families, is a skill that can take years to master. For wealthy families, protection of assets does not appear to be the most important facet of financial advice.
While things like protecting assets, saving money on taxes, are important, understanding the values of the family, its legacy and sense of community, figuring out the goals and dreams of the primary stakeholders for each generation and assisting the family as a whole in being its best version appears to be a much more important factor in helping a wealthy family maintain their wealth.
While data analytics programs, like AdvisoryWorld’s SCANalytics application, can assist financial advisors with money management for wealthy families, other skills like defining family values, family vision or mission statement, legacy building and the like can be just as important to maintaining the wealth as the finances itself. A forward-looking approach, using the familial lessons of the past to guide them to the future, is one that has shown great success with legacy wealth.
It is important to note that many wealthy families have spent the bulk of their time, energy and resources into building the business, or businesses that created their wealth. They have not thought much about the future because there wasn’t much time for that. Helping wealthy families stop and think about the next 30-40 years, how to use their wealth to best serve the family is one of the best value-adds a financial advisor can provide for these wealthy clients.
The financial advisors entrusted to invest the family fortune are, coincidentally, also the best-positioned to help them maintain the balance that will enable the family to remain wealthy. Who better to help the family navigate treacherous waters of financial insolvency, bad decisions and financial hangers-on than someone they already trust with their investments?